HGV Driver Salaries on the Rise

Why route optimisation is more important than ever!

Over the last year and a half the logistics industry has been praised for keeping the country going through the pandemic, from toilet rolls shortages at the beginning in early 2020 to simply keeping the supermarket shelves stocked while everyone else stayed at home. The industry was already short of HGV drivers, however throughout the corona virus lockdown a number of factors have conspired to create a “perfect storm” leading to a massive shortage of HGV and commercial van drivers; demand for home delivery grew under the pandemic and has not returned to pre-pandemic levels, post Brexit we saw EU drivers leaving the country , the recent “Pingdemic” as it is now being called causing people to self-isolate, all have coincided with a suspension by the DVLA of HGV Driving tests over the last year. An already prevalent and acknowledged shortage of HGV drivers before the pandemic, plus those that have retired or left the industry over the last year, has led to an estimated shortage of almost 100,000 drivers.

The driver shortage is leading to a crisis in milk supply according to Arla and empty shelves at the supermarkets, while builders merchants, already hit by supply issues, are now also having to deal with a lack of drivers to deliver their building products. Local authorities are also affected with rubbish and re-cycling collections being extended from two to four weeks in some areas. Everywhere you look you can see the impact.

The usual economics of supply and demand are now coming into play and we are seeing driver’s salaries increase, with claims of salaries reaching £50k per year for HGV drivers and companies such as Aldi and Tesco offering £1000 golden handshakes to join them while Marks and Spencer is offering £2000  and Gist £5000 to attract drivers. A company with 100 drivers could see costs increase by £500,000 at least due to increased driver costs.

Companies need to do as much as they can with the vehicles and drivers that they have to offset the increased cost whilst maintaining compliance with drivers’ hours.

To increase delivery density and thus ensure that each driver is delivering as much as possible in order to maximise efficiency, delivery companies should look to artificial intelligence and advanced route optimisation solutions. The Descartes scheduling and route optimisation solution has helped existing customers increase delivery capacity by up to 35%. Making each delivery more efficient means that companies can deliver more with their existing fleet and drivers to minimise the impact of increased driver costs

Contact us to discover how advanced route optimisation can help you get more out of your existing drivers. 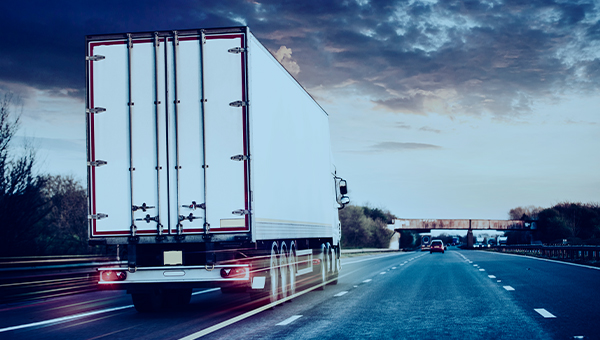