Could teenage truck drivers help to solve the shortage of drivers 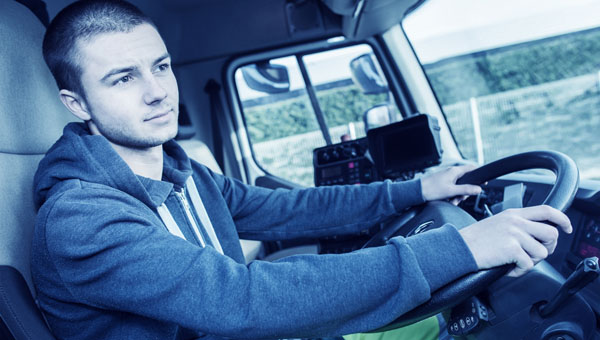 With the UK still facing a massive shortage of van and HGV drivers the UK Government might consider a law change that will allow newly qualified drivers behind the wheels of heavy goods vehicles, vans, and minibuses.

The law which prevents newly qualified drivers from operating certain vehicles was introduced 25 years ago when the UK signed up to EU standards. Changing this rule could go some way to filling the current gap of around 100,000 HGV drivers.

Younger drivers who passed their test after 1997 can currently only drive vehicles up to 3,500kg, or with up to 8 passengers or a trailer up to 750kg. In order for them to drive a lorry or van up to 7,500kg, younger drivers must currently pass theory and practical tests. Usually the driver must be 21 or older and have held a driving licence for a minimum of 2 years.

“Reinstating the licence rights previously held by drivers before 1997 is certainly the fastest and easiest way the government can try to address the van and lorry driver shortage. However, reputable businesses will know that handing over the keys of a seven-tonne lorry to a newly qualified driver is not as simple as it sounds. Significant and meaningful training will still be required to ensure road safety standards don’t fall.”  Said Edmund King, president of the AA.

As well as being easier to drive than 25 years ago trucks are now fitted with numerous safety devices such as Descartes Telematics devices, integrated with CCTV cameras, meaning that drivers are now more monitored and tracked than ever before.

Thérèse Coffey, Secretary of State for Work and Pensions is making the suggestion for younger drivers to be allowed to drive these vehicles, but the proposal has yet to be signed off by Grant Shapps, the Transport Secretary.

Are your deliveries getting stuck in roadworks?