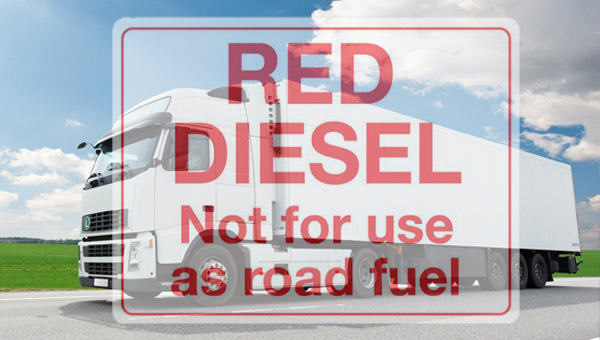 Back in 2020, the UK government announced that the entitlement for red diesel* usage would eventually be removed.

This ban on red diesel now comes into effect on 1st April 2022 and will prevent the fuel from being used for most sectors including the generators used on chilled transport vehicles delivering food.

The Ban on Red Diesel has been driven by the UK government’s goal of bringing down all greenhouse emissions to net-zero by 2050. Some businesses affected by the ban may have already been transitioning to alternative fuels and machinery over the last 2 years, but for many, it will now mean using the more expensive regular diesel.

This ban on red diesel is also coming into effect at a time when the cost of “white” or standard diesel fuel has just passed £1.50/litre for the first time ever, due to the recent Russian invasion of Ukraine.

For those temperature-controlled vehicles that haven’t yet transitioned to alternative fuels or systems of chilling, there will be even more of a need for them to use route optimisation software to plan the most cost-effective routes.

Descartes’ Scheduling and Route optimisation software is the best way to optimise delivery routes of temperature-controlled goods vehicles, making them as efficient as possible by minimising the miles travelled by the fleet, saving fuel, service and maintenance costs.

* Red diesel is a form of diesel fuel with a lower tax rate, approx. 1/5th that of regular diesel and can be used for certain types of machinery. The fuel itself contains a die, hence the term “red diesel”, which shows up when tested. This chemical die enables the fuel in vehicles that are not permitted to use the red diesel, such as cars or lorries, to be tested for the illegal presence of the fuel.