Most hit bridge in Britain

Network Rail names the most hit bridge in Britain

The damage caused by HGVs hitting rail bridges can be catastrophic. Railway bridges are hit on average 5 times a day causing over 8,000 hours of delays on the railway network each year.

Network rail recently released their list of the 20 most struck railway bridges in Britain 2019/20, which saw Watling Street bridge in Hinckley, Leicestershire at the top with 25 strikes (2 strikes a month).

Bridges from the West Midlands, Cambridgeshire, Norfolk, London, Wiltshire, Greater Manchester, Renfrewshire and Lincolnshire all feature on the list.

Towards the end of 2020 a letter was sent out to all goods vehicle and Public Service Vehicle (PSV) operator licence holders, by the senior traffic commissioner – Richard Turfitt, highlighting that regulatory action, could result in the loss of their operator’s licence, should it be proven that appropriate control measures were not taken to prevent bridge strikes.

Drivers of high vehicles are urged to know the height of their vehicle, to secure their load and to plan their route carefully.

Logistics operators using the Descartes Delivery Route Software solution to plan their delivery routes can take solace in the fact that the software takes into account the type of vehicle being used and the height of bridges on the possible routes, planning a delivery route that avoids low bridges and generating alternative shortest routes to their delivery destinations.

Click here for more information on the Descartes route planning and optimisation solution. 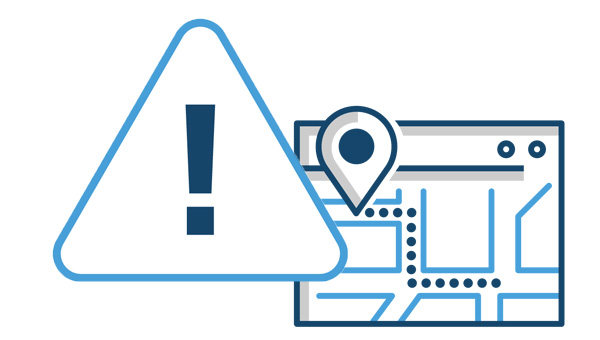