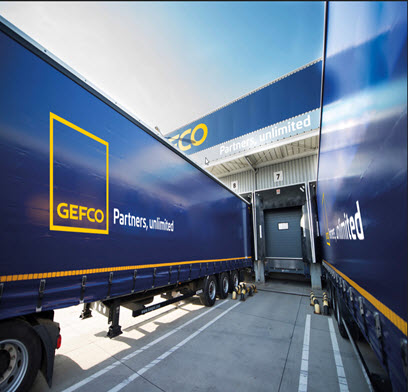 “Descartes route optimisation software was designed to be deployed in an operational capacity to manage collection & distribution rounds. We have now adopted it to respond to calls for tenders and support our regional business units by undertaking centralised optimisation studies”

Rather than just using it operationally for route scheduling and planning, GEFCO, the European leader in automotive logistics, has deployed route optimisation software from Descartes, to respond to calls for tenders and to support its regional businesses with optimisation studies.

With a global presence across 47 countries, the international multimodal transport, freight forwarding and logistics solutions provider, GEFCO, manages several million shipments a year on behalf of its customers. The automotive logistics company has chosen Descartes’ route optimisation software for the planning of its European transport activity. However, rather than using it to schedule and plan actual operational routes - the usual function of the software – GEFCO has deployed the software to better respond to calls for tenders and carry out internal studies.

"Descartes route optimisation software was originally conceived and designed to be deployed in an operational capacity within our regional businesses to manage collection and distribution rounds. We, however, have now adopted it for internal use at a corporate level, to respond to calls for tenders and support our regional business units by undertaking centralised optimisation studies," explains Charles Fouche, GEFCO’s Engineering & Optimisation Manager.

Within the tender process, Descartes route optimisation software functionality allows GEFCO to take into account the unique constraints of each customer, helping GEFCO to run route simulations and to formulate proposals which are much more precise and relevant, ultimately offering more value to customers.

"Thanks to Descartes, we have won tenders," stresses Charles.

In parallel, Descartes supports GEFCO’s optimisation studies on two levels: to rethink the scope of local intervention in an internationally planned schedule, and to help the company manage its grouping and fixed or semi-fixed transport plans, with Descartes determining the best routes by taking into account constraints in the field (traffic, accessibilities ...) as well as customers (schedules, delivery frequencies, delivery platform ...); the goal being to optimise GEFCO’s use of its own and external vehicles.

"Descartes’ software is very user friendly. It is logical to use and allows us to carry out detailed simulations that truly reflect operational reality," concludes Charles Fouche.